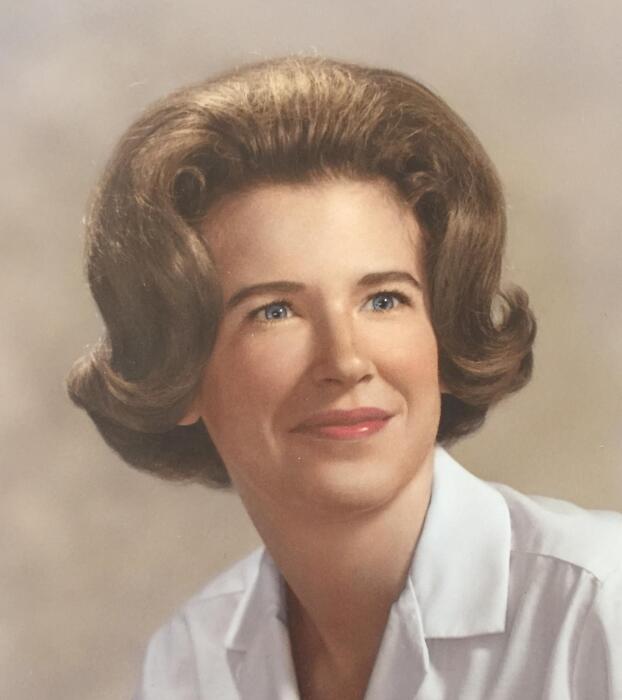 Betty King Olson passed away on May 21, 2020 while in hospice care at Breckenridge Village in Willoughby, OH.  Born in Cleveland on Dec. 2, 1930 she was the only child of H.C. (Cliff) King and Ruth Waugh King, both of whom preceded her in death.  Betty is survived by her husband of 55 years, Robert Paul Olson; daughter, Kristen Lee Olson of Sewickley, PA; and son, Robert King Olson (Jenny Gordon) of Russell Township, OH.

A 1949 graduate of Shaker Heights High School, Betty earned a B.A. in Psychology from The Pennsylvania College for Women, now Chatham University, in Pittsburgh, PA.  After college, she was medical secretary to the Chief of Physical Medicine and Rehabilitation at Highland View Hospital, where she worked closely with a small team developing techniques for the rehabilitation of stroke patients and the care of children with Cerebral Palsy, writing and editing the group's scholarly publications.

While attending a Heights Fellowship social meeting, she met Bob, who became her husband on Aug. 1, 1964.  She later took a leave of absence to have her first child, and instead of returning to work, took on the career of full time mother.

As the children were growing up, Betty became deeply engaged in their activities.  Her main interest was her family, and their interests became her interests.  She held multiple offices in the Shaker Heights PTA, including President, and was a troop leader in the Girl Scout program.  Although camping was not one of her enjoyments, she braved many Scouting excursions.  She also became active with the Boy Scouts and led a Cub Scout den.

Betty was a long-time volunteer with the Cleveland Society for the Blind.  She did early vision screening at elementary and nursery schools to detect amblyopia and other eye issues in children in time to correct their vision problems, pioneering the expansion of that program.  As with many women of her generation, what was to her a volunteer position would today be an executive role.

Betty was also active in her church, Fairmount Presbyterian, in Cleveland Heights, OH.  She served as a Deacon and was an usher for many years, co-leading an usher team with her husband.

Betty and Bob shared many interests, the children being their primary one.  In addition, they had season tickets to the Browns for 55 years, the Cleveland Orchestra for nearly 40 years, and they attended a variety of community activities.  A main recreation was boating.  Betty first learned to water ski behind Bob’s old, leaky wooden motor boat using an antiquated set of water skis that she had to wear tennis shoes fit into.  Ultimately, Bob and Betty purchased a cottage on Lake Chautauqua, and bigger, faster, and safer boats.  They enjoyed the many events at the nearby Chautauqua Institution.   Retirement brought a desire to travel, and Betty found great enjoyment sailing on the ocean liner Queen Elizabeth 2, taking trips to England, Hawaii, Central and South America, and through the Panama Canal.  Betty and Bob also travelled through Sweden, Norway, Scotland, and Canada, as well as sailing the inside passage on the Veendam as part of an extended tour of Alaska.  Another travel highlight was a train trip from Toronto to Vancouver, with extra time in Banff, the Rockies, and on Vancouver Island.  Train travel remained a passion for Betty, and she enjoyed hearing the trains at night as a child in Shaker, and again after the move to the ranch home at Breckenridge.  For all of their married life, Betty and Bob did essentially everything together, and travel became an avid interest they could share.

There will be a small private service for immediate family at Brown-Forward in Shaker Heights, followed by interment at Acacia Memorial Park.  A full memorial service will be held at Fairmount Presbyterian Church at a later date to be determined.

Memorial donations may be made to any of the following:

Guiding Eyes for the Blind

To order memorial trees or send flowers to the family in memory of Betty Olson, please visit our flower store.