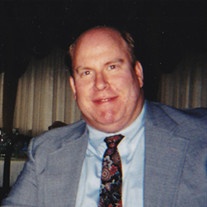 Barry Calvin Hermann, age 56, died of natural causes, an apparent heart attack, at his home, on Friday, February 26, 2016. Barry was born on October 26, 1959, in Shaker Heights, Ohio, to Dr. Robert E. Hermann and the late Barbara Bower Hermann. He attended Shaker Heights Schools throughout grade school and high school. He subsequently graduated from Cuyahoga Community College in 1984. He worked for many years and became a manager at Lesher Shoes, and then began a long-term connection with Ohio Savings Bank and, later, New York Community Bank. Barry was active on the Men's Committee of St. Paul's Episcopal Church and held a two year appointment as president. He enjoyed bowling, golf, antique cars and driving his motor boat on Lake Erie and his beloved Walloon Lake, Michigan. He also loved his pets -- especially Nishto and Delaney. Barry had many nieces and nephews who all loved their uncle Barry. He will be terribly missed. Family and friends were everything to him, as he was to them. Barry was the dear stepson of Polly D. Hermann of Bratenahl, OH; dear brother of Robert E. Hermann, Jr., (Deborah) of Shaker Hts., OH and Monty Hermann (Sas) of Nairobi, Kenya; dear stepbrother of Robert L. Fisher (Donna) of Westlake, OH and Sarah Fisher (Lisa) of White Plains, NY. Those who wish may make contributions in his name to the Cleveland Animal Protective League, 1729 Willey Road, Cleveland, OH 44113. Memorial Services will be held Saturday, March 12th at 11 AM in St. Paul's Episcopal Church, 2747 Fairmount Blvd., Cleveland Hts., OH 44106.