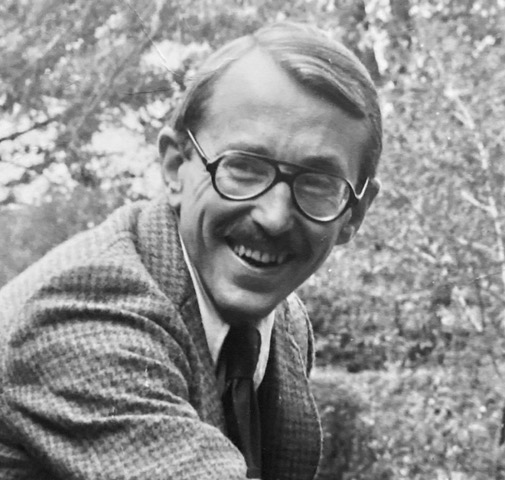 Think where man's glory most begins and ends, And say my glory was I had such friends.

Arthur VN Brooks, Retired Partner at Baker and Hostetler, died peacefully in his home in Cleveland Heights on Tuesday, surrounded by family and loved ones. Born in 1936 in Maplewood, New Jersey, he graduated from Cornell University, University of Michigan Law, and served as Lieutenant in the U.S. Navy Reserve on board the USS Galveston.

Early In his career, Art fought for the elimination of discriminatory housing policies. In the late sixties, he served on PATH, Plan of Action for Today’s Housing, which led to state laws that made housing a “public purpose” in Ohio and encouraged local policies to prevent discrimination in housing.

Art’s love of the outdoors and commitment to environmentalism led him to practice Real Estate Law. As an Adjunct Faculty Member at the Cleveland State University School of Urban Affairs, he published articles and lectured on the issues of Land Use and Environmental Policy, and in particular on Public Trust Doctrine and waterfront development issues.

Art served two terms in the Ohio House, as Chair of the Civil and Commercial Law section of the House Judiciary Committee and on both the House Energy and Environment, and Transportation and Urban Affairs committees. A powerful and gracious collaborator, Art took on the role of Vice Chair of the Joint House-Senate Land Use Review Committee.

The Ohio Civil Liberties Union described Art as a “lawyer, legislator and quiet purveyor of wisdom who steadfastly seeks to defend the rights of all persons and to better the human condition.” His focus on consumer protection, environmental stewardship and governmental reform never wavered. Art later became President of the City Club of Cleveland where he presided over free and open debate.

In retirement, Art continued to draft policies and support office-seekers that reflected his earlier public service. He worked with advocates for sane gun ownership and safety policy, neighborhood redevelopment, and abolishing the death penalty in Ohio.  Dike 14 was a particular focus; his work there was part of a decade-long community effort to return a dump in Lake Erie into a natural, and now protected, Metropark nature preserve.

Music and community became his passion and purpose in retirement. He travelled with the Cleveland Orchestra Chorus, the Robert Page Festival Singers, the Western Reserve Chorale and other singing groups. He served on the Board of Apollo’s Fire, as a Trustee of the Ohio Audubon Society, on the Cuyahoga County Green Space project and with many other organizations.

Art’s dedication to his community was rooted in his simple daily habits. He loved where he lived and the people who shaped his life. He could be found at a Cavs game, the Orchestra, Cumberland pool, a tennis court or a library. Every morning, he played the same basketball game at his neighborhood gym, traveled the same bus line, read the same newspaper, The Plain Dealer, for decades. When the editors limited him to only one letter to the editor per month, he was proud. A badge of honor. As a founding member of the Phoenix Phellows, Art met in coffee houses (and during the pandemic, on Zoom) with the same group of beloved friends to share stories, tell jokes, and engage in lively debate. His loyalty, commitment and ebullience will be deeply missed. Art Brooks is survived by his four children, Lauren Miller (Stan), Caryn Brooks, Kristin Brooks (Glenn Meyer) and Tom Brooks. He is also survived by eight grandchildren, Riccardo, Federico, Ruggero, Storm, Tenaya, Avery, Jared, Griffin and Emmett, as well as his longtime companion, Alice Sherman and her children and grandchildren. The entire family, as well as the many friends who gravitated toward the warmth of the Brooks households throughout the years, cherished Art and will remember him always for his kindness and inclusive hospitality.

No one did a cold-water swim like Art. His ritual of entering the water involved several steps: Dipping the wrists in the chilly Atlantic. Wetting the back of the neck with cold water. Hands on hips for a good scan of the horizon. A few moments of reflection. And, before an overly elaborate dive, the shout of "50 strokes out and 50 strokes back!”

A public celebration of Art’s beautiful life will be held at 11:00 a.m. on Wednesday, August 4th at the Lantern Court Estate, 9203 Kirtland Chardon Rd, Kirtland, OH 44094.

In lieu of flowers, the family asks that donations be made to The City Club of Cleveland, Apollo’s Fire, or The Holden Arboretum.

Live in the sunshine, swim in the sea, drink the wild air.

To order memorial trees or send flowers to the family in memory of Arthur Van Nordan Brooks, please visit our flower store.