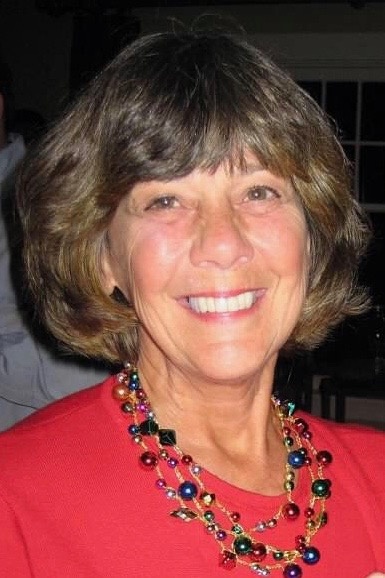 Arlene (Reny) Mayhugh, 74, passed away at home on May 4, 2019 surrounded by her family.  She was born on September 25, 1944 in North Vassalboro, Maine, the daughter of the late Arthur and Dorothy (Lizotte) Reny.

She graduated from Mount Merici Academy in 1962, and served in the Peace Corps in Maceio, Brazil from 1964-1966 as a medical lab technician. She subsequently worked as a research lab technician in Boston, New Hampshire and in Sao Paulo, Brazil through mid 1973 when she moved to Madison, Wisconsin.

Arlene lived life to the fullest, evidenced by her frequent glowing smile and contagious laugh. She especially loved her grandchildren, her family, and nature. She always looked forward to her visits back home to Maine. She greatly enjoyed traveling, and experiencing different people and cultures worldwide. She lived in Brazil and France, becoming fluent in Portuguese and learning French. She loved collecting and refurbishing antiques. She was a long-time member of the Cleveland Skating Club. She competed fiercely in a variety of activities such as paddle ball, pickleball, canasta, and mahjong. She was a cherished wife, mother, grandmother, sister, aunt, neighbor and friend.

A celebration of life will be held in Cleveland on May 31st at The Cleveland Botanical Garden, 11030 East Blvd., Cleveland, OH 44106, from 6-9pm.  A summer burial will be held at St. Francis Cemetery Waterville, Maine.

Because the Celebration of Arlene's life is in the Botanical Garden, and the family is providing a special floral display, the family prefers that you make a contribution to a favorite charity in lieu of sending any flowers to the gathering.