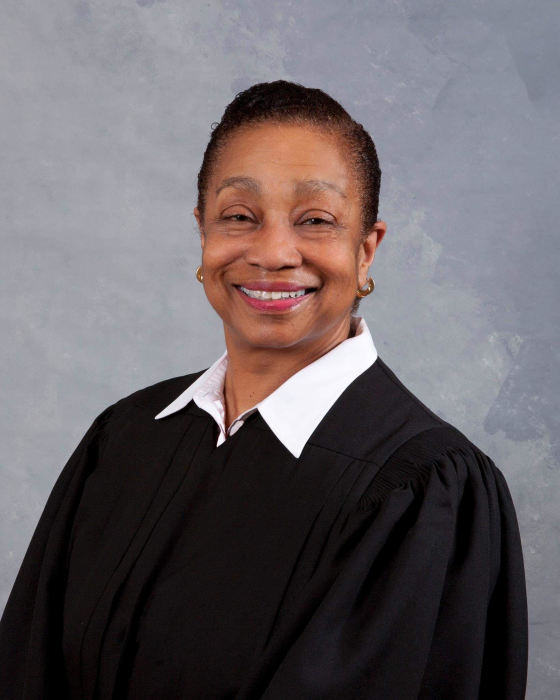 ANNETTE GARNER BUTLER, AN ICON IN THE MAKING

Annette Garner Butler’s lifelong commitment to the pursuit of equity and justice began at age 7.  When her teacher relegated a classmate who suffered from epilepsy to a seat facing the wall because he was a “distraction,” Butler moved her own desk adjacent to his in an act of open protest.  This determination, courage, and unshakeable belief in doing the right thing have been the hallmarks of her illustrious career and all of her professional and personal relationships.  A proud graduate of East High School, Butler went on to earn her B.A. in Sociology from Case Western Reserve University in 1966.  After graduating from Cleveland Marshall College of Law in 1970, Butler worked at the law firm of Guren, Merritt, Sogg and Cohen, followed by a position as a Civil Rights Specialist at the United States Department of Health, Education & Welfare in the Office for Civil Rights, where she investigated public school districts and higher education organizations to determine compliance with Title VI of the Civil Rights Act of 1964.  She did the dangerous work of enforcing school desegregation orders across the United States.  Never one to back down from a challenge or crumble in the face of fear, she often spent nights in airports and bus terminals when groups such as the Ku Klux Klan issued her death threats at the hotels where she was staying.  She then went on to serve twenty-four years as an Assistant United States Attorney for the Northern District of Ohio, after which she was named to the Cuyahoga Common Pleas Bench as a Judge; she then went on to work as an Assistant Law Director for the City of Cleveland, and finished her illustrious career as an Adjunct Professor of Law at Case Western Reserve University.

HER VALUES: PUBLIC SERVICE AND EDUCATION

Butler followed the early years of her career with a position as an Assistant United States Attorney, which she held for twenty-four years, and while doing so, served as an instructor at the Justice Department National Advocacy Center in Columbia, South Carolina, teaching Employment Litigation, Alternative Dispute Resolution, and General Trial Practice from 1995 to 2006.  Her love for teaching never waned after she retired from the U.S Attorney’s office; she went on to teach Criminal Law and Procedure, Business Associations, and Legal Research and Writing law at the Academy of Court Reporting and Technology.  Throughout her career—and still to this day—Butler has mentored numerous high school, college, and law students; she has truly paid her gifts forward, and many of her mentees have followed in her footsteps, mirroring her dedication to public service with positions at the U.S. Attorney’s office and the Cuyahoga County Prosecutor’s office.  Clearly, retirement “didn’t take,” because Butler then proceeded to serve as a Hearing Officer at the Cuyahoga County Board of Revision.

Butler’s service to the Board of Trustees began with her appointment by Governor James Rhodes in April 1982.  She served through 1989 as a Trustee, Vice President and Treasurer and chaired the Development Committee and as such, was instrumental in establishing a Development Department headed by the University’s first professional Development Director, August Napoli.  In 1989 she was appointed by the Trustees to the Cleveland State University Foundation Board of Directors and has served in that capacity since.  In June 2012, she was appointed Emeritus.

In 2011, Governor Kasich appointed Butler as a Judge to the Cuyahoga County Court of Common Pleas, where she earned a reputation for fairness, and for treating the citizens who came before her firmly, while leaving them with a sense of dignity and often, the motivation to rectify their mistakes and improve their lives.  Since leaving the bench, Butler has served as the Assistant Law Director for the City of Cleveland as a trial attorney.  Butler is a member of the Federal District Court for the Northern District of Ohio Advisory Committee, the Chair of the Futures Committee, and the past Co-Chair of the Alternative Dispute Resolution Committee.  She is a member of the Federal District Court Northern District of Ohio Alternative Dispute Resolution Panel and Pro Bono Panel and the past President and current board Member of the Federal Bar Association, Northern District of Ohio Chapter.

Annette Butler is not only a trailblazer when it comes to the practice of law.  She was the first woman President of the Cleveland City Club, sat as President of the Cleveland Heights University Heights Public Library, President of the Shaker Heights Public Library, and served as a trustee of the Shaker Figure Skating Club.  A passionate advocate for the sport of figure skating, Butler currently volunteers for the United States Figure Skating Association, assisting with practices and qualifying events at National competitions.  Butler is a Charter Alumna, former Trustee, and member of the Steering Committee of Leadership Cleveland.  She is a former trustee of Case Western Reserve University’s Undergraduate Alumni Association and former Trustee and Vice-Chairman of the Citizen's League Research Institute.

It is hard to believe that while amassing all of these accomplishments, Butler actually devoted most of her time to raising her two children as a single parent:  Christopher, a professional actor, musician and entrepreneur, and Kimberley, a teacher in the English Department at Laurel School.  Despite the differences in their career paths, Christopher and Kimberley continually draw inspiration, motivation and guidance from their mother’s life and experiences, and believe themselves “lucky to have a Mom they can not only look up to, but learn from—she is a true role model and our best friend.”

Butler has received the Charles M. Loeb Award, the Negro Business and Professional Clubs of Cleveland Distinguished Service Award, the Cleveland Jaycees Outstanding Service Award, and the Iota Phi Lambda Sorority Service Award.  She had received an Emmy Award, for Outstanding Achievement as Narrator "Adoption Cleveland" (Cleveland Chapter, National Academy of Arts & Sciences).  She was given the Outstanding Community Service Award from the Cuyahoga County Bar Association, and the Ebony Rose Award from the Murtis Taylor Center.  She is an Honorary Member of the Golden Key National Honor Society, was named the Urban League of Cleveland Woman of the Year and an Outstanding Young Woman of America; she has been named in Who's Who Among Black Americans and Who's Who in American Law.  It is with gratitude and appreciation that she is honored to accept Cleveland State University’s Distinguished Alumni Award.

To order memorial trees or send flowers to the family in memory of Annette Butler, please visit our flower store.