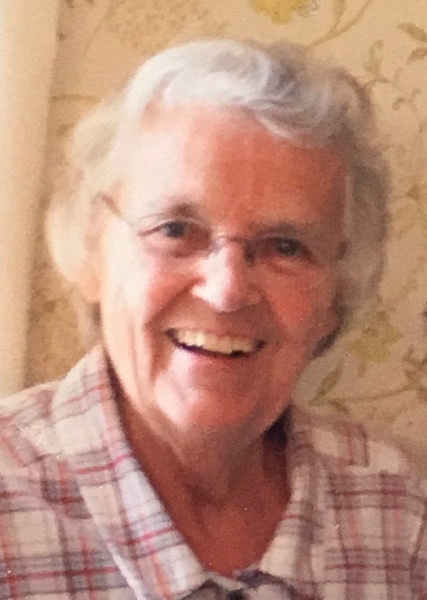 Anne Wofford Towson passed away peacefully at the age of 92, surrounded by the love of her family, at University Hospital on March 19, 2022.  For the past four years, she enjoyed life at Judson Park in Cleveland, OH with her beloved husband of 69 years, the late Sheldon “Pete” Towson. The majority of her adult life was spent in Shaker Heights where she and Pete raised four daughters and became grandparents and great-grandparents.

Anne grew up in Scarsdale, NY, and spent summers with her family at Point O’ Woods on Fire Island.  A natural athlete, she loved playing sports, including field hockey, basketball and, notably, tennis. While never formally trained, she began playing tennis at a young age and, by her mid-teens, was competing in state and national championships.  She reached the rank of No. 1 in the Eastern Junior Girls’ Championship among 16-18 year olds and won the National Clay Court Doubles Championship.  As a top junior she competed in the Adult Women’s US National Championships at Forest Hills, NY (an event that would become the US Open) winning in her first round.

Throughout her adult life, she maintained and valued her weekly tennis game and tournaments at the Cleveland Racquet Club, and was recruited to play wherever she and Pete spent their time. Tennis came to her naturally, and her graceful style on the court – along with a strong competitive streak – was always thrilling to watch.  Her daughters often laugh at the memory of her supportively teaching them to play tennis, while offhandedly reminding them, with a perfectly placed winning shot, that more practice was needed. Her adage to “Always keep your eye on the ball” reflected her practical and direct nature.

Anne graduated from Scarsdale High School in 1946, a year earlier than her original class, having skipped an elementary school grade. She spent a post-graduate year at Dana Hall School in Wellesley, MA, before heading to Smith College, where she served as president of her freshman class, graduating in 1951 with a degree in Government.  Furthering her interest in world politics, she and a fellow Gillett House classmate traveled to Europe by freighter and hitchhiked their way through Europe to work in the orchards of Holland during the rebuilding effort after WWII.

While at Smith, she met Pete Towson, a fellow student from neighboring Amherst College who would become the love of her life.  Pete had to compete with a number of suitors to win her over, but his tactic of walking the 7 miles between Amherst and Smith to court her helped move things along. Before graduating, they explored various interests together, including hiking in the Berkshires and working in Duluth, MN in an experimental communal Quaker program. They married in 1952 while Anne was working in Boston with children within the settlement house movement and Pete was finishing his MBA at Harvard Business School.

Anne and Pete made their first home in Pittsburgh, where they started their family. They made the move to Cleveland in 1956 when Pete went to work for the family company, the Elwell-Parker Electric Company.  They eventually settled in Shaker Heights, where their well-loved home was the backdrop to their growing family for over six decades.

Anne was first and foremost a nurturer of family.  She loved and had a gift for understanding children, creatively finding ways for them to expand their horizons. Smart, patient, kind, and a great listener, Anne’s curious nature, interest in others, and generous heart drew people to her. Her nightstand was full of books that reflected her broad interests: child psychology, poetry, children’s books, feminist writings, biographies of all stripes, and books exploring the mystery and meaning of life.  Eschewing artifice, she always set an example of genuine living.  She loved music and introduced her family early on to musicals, folk ballads, country and classical music. Her early days in Tennessee, visiting her grandparents, aunts and uncles, instilled in her a love of storytelling.  She also laughed easily and often, a contagious experience for anyone in her presence.

Anne followed politics avidly.  She kept abreast of national and local politics throughout her life, eliciting conversations and debates about the news and current events, and analyzing the political landscape.  She took great pride in her family’s accomplishments in public service, whether it was her husband’s election to the boards and organizations he was involved with; her brother Harris Wofford’s election to the US Senate from Pennsylvania; or her great-grandchild’s election to the school council.  But her pride and encouragement was not reserved to politics - her warmth and support could be felt in anything that her loved ones embarked upon.

She had a multitude of interests and passions: theater and art with friends at the Cleveland Play House and Cleveland Institute of Art; volunteering at the Shaker Heights Public Library;  advocating for the establishment of a nature center when the Shaker Lakes were being threatened by a proposed highway plan; skiing and bike riding; pecan pie and coffee ice-cream; Masterpiece Theatre and Mister Rogers; poetry in all forms, which she enjoyed quoting from memory; Johnny Cash, Pete Fountain, Emmy Lou Harris, Rogers and Hammerstein, Puccini and Scottish ballads; birdwatching on her terrace; card playing with her grandchildren and great-grandchildren; hiking through the woods; soaking up the sun; a good swim in the Atlantic ocean or the calm waters of Georgian Bay.

Anne will be remembered for her unbounded love of her family and friends, her genuine interest in others, her curiosity on all topics and her great laugh and beautiful smile.

Anne is pre-deceased by her beloved husband of 69 years, Pete Towson, her grandson Brian Sworan, and her brother, Harris Wofford.  She is survived by her four daughters and their partners: Carol Towson (Ed Siegel), Janey Towson, Liz Towson and Katie Towson (Roger Sherry); her grandchildren and great grandchildren: Jess Johnson (Brian Johnson) Ally + Tyler and Janie Sworan, Ann + Andrew; her brother Jack Wofford; and many nieces and nephews. The family wishes to thank the staff at Judson Park and University Hospital for their compassionate care during Anne’s last years.

A private memorial service will be held for the family later this spring.  In lieu of flowers, the family prefers that those who wish make contributions in her name to The Nature Center at Shaker Lakes (https://shakerlakes.org).