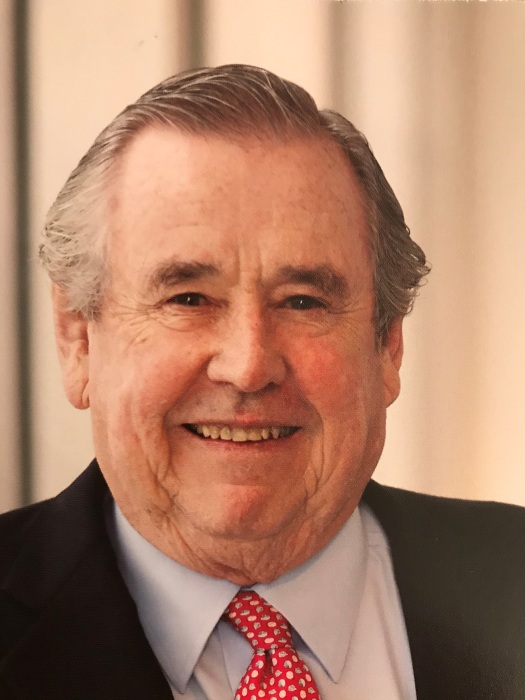 Died Monday, November 30, 2020 at the age of 80.  He is survived by Barbara, his wife of 58 years, and his wonderful family:  daughter Elizabeth Mixon Lafave (Will); son A. Malachi,IV (Ki) (Tasha); grandchildren Trip, Charlie, Katie and Christian Ewig; Aubrey and Riley Mixon; step-grandchildren Ben and Bryce Lafave; Sister Janis Sawyer (Tom); and his beloved dog Lexi.

Mal was born May 22, 1940 in the small town of Spiro, Oklahoma, delivered by his grandfather, a country doctor.  He grew up there attending public schools.  He loved music and sports lettering in football, basketball and baseball.  He played trumpet in the Fort Smith, Arkansas symphony orchestra while in high school and was a talented pianist.

Mal went to Harvard College, one of the first students in the Spiro area to be accepted to an ivy league school.  There he joined the Navy ROTC, Sigma Alpha Epsilon fraternity, and met his wife, Barbara.  Commissioned as a 2nd Lieutenant in the Marine Corps at graduation, he got married and started his four years of service that ended with a year in Vietnam.  He went back to Harvard for an MBA, then started his business career in Cleveland.  After ten years working for other companies, in 1979 he led an LBO purchase of Invacare Corporation and served as President and CEOthen Chairman, until retirement in 2011.  During these years, he served as Chairman of The Cleveland Clinic Board of Trustees and the Cleveland Institute of Music.  He was also a board member of CWRU, the Sherwin-Williams Co., and Park Ohio.  As an entrepreneur, he started and supported many companies including STERIS and Royal Appliance Manufacturing Company, as well as small startups.  He was a founding investor in MCM Capital Partners, LP, a Cleveland leveraged buyout company.  He also started a fund to help minority businesses.

To order memorial trees or send flowers to the family in memory of A. Malachi Mixon, III, please visit our flower store.