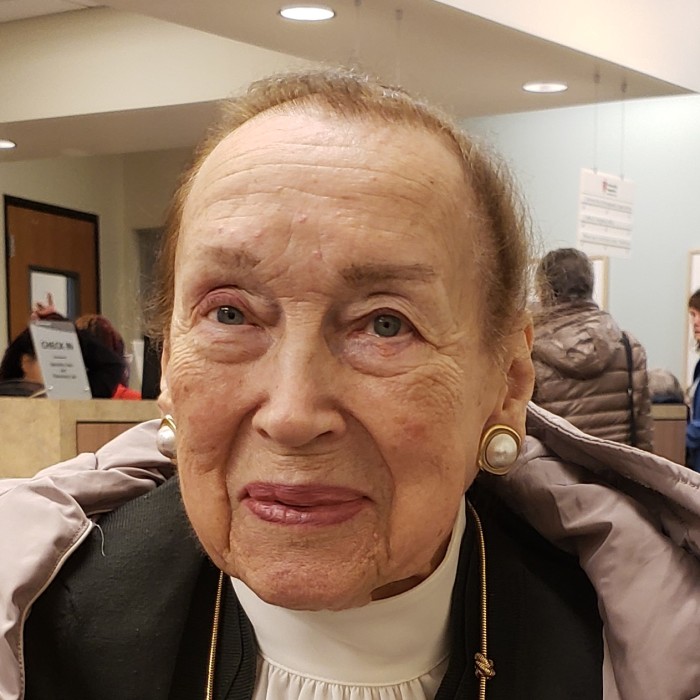 Alga M. Schloss, of Shaker Heights, OH, 91, died of a heart attack late Christmas Day at her home in Shaker Heights. Alga was an aerospace manufacturer and patron of the arts.  She was one of few women in her field at the time, she owned and operated Jo-Bar Manufacturing, an aerospace supplier, for over 20 years, specializing in the production of landing gear parts for the military.  A lover of music, she supported the Cleveland Institute of Music, its Cleveland International Piano Competition and Lyric Opera, as well as the Cleveland Ballet, and was past president of the Cleveland Opera League.  She was a member of the In-Town Club, the Music and Drama Club, the Cleveland Skating Club and Hillbrook Club. An avid fan of the theater, she supported both the Playhouse Square Foundation and the Cleveland Playhouse, and was a member of the English-Speaking Union, actively supporting its Shakespeare Competition. Her other interests were the Cleveland Museum of Art, the Western Reserve Historical Society, the Cleveland Botanical Gardens and the Natural History Museum.

After graduating from Sullins Junior College in Bristol, Virginia, she came to the Cleveland Institute of Music to study piano, and then attended Case Institute of Technology in pursuit of her engineering degree.   Upon graduation she was hired by Jo-Bar Manufacturing which she eventually purchased and ran.

An avid sportswoman, she played Tennis, Golf and Curled on the Skating Club Team.  Having grown up on a farm outside Pittsburgh, Alga loved animals, especially her Afghan and Borzoi dogs, the stray cats she adopted, the birds and the deer she fed.  She and her late husband, Phil Schloss, traveled extensively: to China, Portugal and Spain, Greece and Italy, England and Scotland as well as throughout the United States and Canada.

After illness necessitated her retirement, though suffering from a knee injury that ended her athletic endeavors, she continued to enjoy a rich, full life and many friends, while still living in the beautiful home she and Phil moved into when they were married, thanks to the loving support provided by her friends and caregivers.

The youngest of four children, her siblings are all deceased; she is survived by several nieces, nephews, great-nieces and great-nephews who live around the Country.

Services will be 11:30 AM on Wednesday, Jan 15,  in Our Lady Chapel, 2045 SOM Center Blvd, Gates Mills, followed by interment at Pinetree Cemetery in Pepper Pike, where she will be laid to rest next to Phillip, her husband of almost 25 years. There will be a reception, following the interment, starting at 1:30PM,  at The Cleveland Skating Club, 2500 Kemper Rd, Cleveland, OH 44120, where she was a long-time member.

Please consider the contributions suggested, but regardless, PLEASE DO NOT SEND ANY FLOWERS, WHATSOEVER!  Thank you!

To order memorial trees or send flowers to the family in memory of Alga Schloss, please visit our flower store.