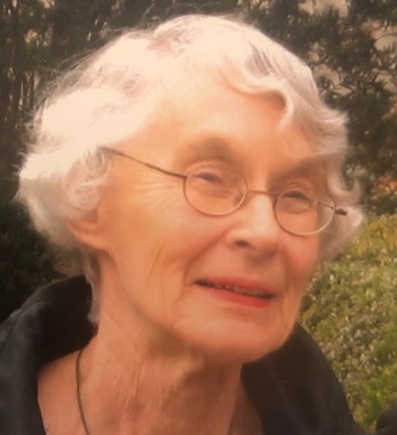 Adrian (“Tim”) Leiby Scott of Chagrin Falls, Ohio, died on February 24, 2020.  Known fondly as “Tim" or “Timmy” to all who knew her, she passed peacefully at Arden Courts in Chagrin Falls, where she was cared for in her final years due to memory loss.

Tim was born on January 19, 1936, in Bergenfield, New Jersey.  From early childhood she was known by her nickname Timmy or Tim, much as her mother had always been known to all as “Tommy.”   Tim attended the Dwight School in Englewood, New Jersey, and Vassar College, where she studied history and English literature and made lifelong friends.

Tim lived in Dallas, Texas between 1956 and 1972, where she was an active volunteer with the League of Women Voters, the Dallas 2000 Planning Committee, and the Braille volunteers.  In 1972 Tim moved to Gates Mills, Ohio, and in 1974, to Chagrin Falls, Ohio, where she lived for over 40 years in her brick, 19th century farm house on Bell Street.  In the 1970s Tim worked at the Gates Mills Library, and she continued to volunteer for the Gates Mills and Chagrin Falls libraries for many years after her retirement.

Tim served on the Vestry at St. Christopher-by-the-River in Gates Mills, Ohio, and was very active in local nature conservancy and historic preservation.

Tim was also very active in Alcoholics Anonymous for many years, “sponsoring” many new members and frequently “leading” meetings throughout Northeast Ohio.

Tim was always described as kind and gentle, giving and smart.  She loved life and had a huge heart, not just for family and her many friends, but for anyone who might need her.  She was always an avid reader, particularly of history and literature, and she was a generous contributor to the arts, and to civic and educational organizations.  She had a strong call to acts of social justice and compassion and service to others.

The family requests that in lieu of flowers, any who wish may make a donation to the Western Reserve Land Conservancy, 3850 Chagrin River Road, Moreland Hills, Ohio 44022.

To order memorial trees or send flowers to the family in memory of Adrian "Tim" Scott, please visit our flower store.