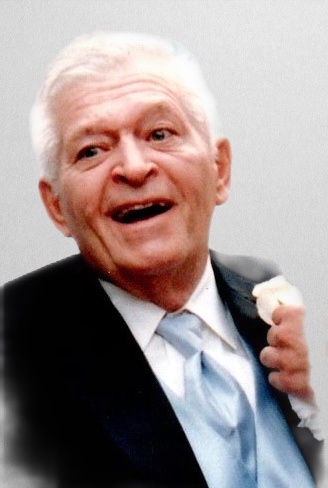 Robert John Kielbasa Sr., age 79 of Shaker Heights, OH, formerly of St. Augustine, FL, and Glen Cove, NY, passed away peacefully on December 28, 2021.  Known to many as “Bob” or “Doc” and “Dziadzi” to his grandkids, he was a loving father of Robert "RJ" Kielbasa Jr. (Jessica) of Shaker Heights, OH, Dawn Kielbasa of Glen Cove, NY, and Donna Kielbasa of Long Beach, NY; dear grandfather of Arabella, Dominic, and Elizabeth; dear brother of Joe Kielbasa (Andrea), Virginia Kormoski (Bob), and Diane Urbielewicz (Walter); and uncle to many loving nieces and nephews and their families.

He was preceded in death by his parents, John Kielbasa and Helen (Okula) Kielbasa; his brother John (Jash) Kielbasa and his sister Genia (Jean) Domagala (Kielbasa).

He worked for 40 years at Northrop Grumman holding various skilled trade positions.  He dedicated 27 years as an active member of the Glen Cove Volunteer Fire Department and served from 1961-1965 in the U.S. Air Force.  He was an avid football fan, played high school football, loved watching his son play football, and held season tickets to the NY Giants.  He enjoyed watching his daughters play softball, soccer, kickline and dance.  He always had a surplus of tools and when asked why, he would respond “I have tools to fix tools”, and he was always crafting projects like his father before him.  He was a contributing member to the Polish American Cultural Association (P.A.C.A.) where he spent many hours dancing the night away at the Port Washington Polish Hall.  If he wasn’t at the Polish Hall, he could be found playing a round of golf, his favorite pastime.  Even after his stroke, he could be heard blasting Polka music on his radio and keeping the beat.  One of his greatest joys later in life was being able to spend time with his grandchildren watching gymnastics, dance recitals and occasionally letting them win a game of thumb war.  He was humble, a hard worker, devout Catholic, deeply loved by his family, cherished by his many friends, and will be greatly missed.

In lieu of flowers, the family prefers donations in his name be made to The Glen Cove Volunteer Fire Department ( https://www.charitynavigator.org/ein/900423183 )

To order memorial trees or send flowers to the family in memory of Robert "Bob" Kielbasa, please visit our flower store.

Viewing and Prayers of Comfort