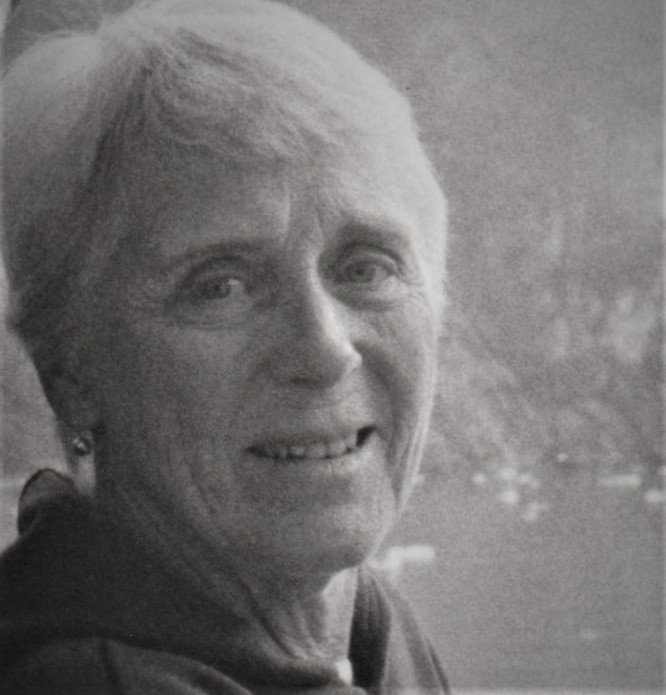 She was born to the late Arthur Carl and Leona Meyfarth Groth, August 8, 1932, in Cleveland, OH, and is predeceased by her sister, Betty Diebold. Janet graduated from Cleveland Heights High School, attended Denison University and received a BA from Flora Stone Mather in 1954.

She married her high school sweetheart, the late William Tousley Smith in 1953, and they raised their family in Cleveland, OH and Bronxville, NY. Janet is survived by three children: Stacy Quinn (Patrick, d.), of Santa Fe, NM and Chamberlain, ME; Marcie Barker (Ali), of Cleveland, OH; and Christy Soldatis (Jeffery), of Indianapolis, IN. She is also survived by six grandchildren: Nicholas Barker, Daniel Quinn, Henry Barker, Erin Soldatis, Brigid Quinn, and Samuel Soldatis, and one great-grandchild, Nicholas Barker Jr. She was much beloved by her many nieces and nephews, extended family, and friends. No one was a stranger to Janet, just a friend she hadn’t met yet. Janet was predeceased by her loving husband in 2012.

The inurnment will take place on Saturday, September 3 at 3:00 at the Lake View Cemetery Mausoleum. It is recommended to enter the cemetery through the Mayfield Gate.

The family welcomes memorials in her name to the Alzheimer’s Association or the Judson Foundation .

To order memorial trees or send flowers to the family in memory of Janet Smith, please visit our flower store.