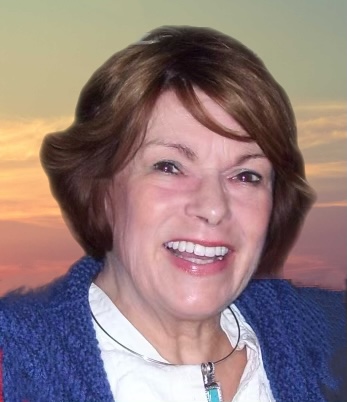 Janet Marie Kappus (nee Maurer), age 77, died peacefully on December 18, 2021, after a long journey through dementia, surrounded by loved ones and supported by Hospice of the Western Reserve. She was born November 1, 1944, in Alexandria, Virginia, to the late Roy A. Maurer and Jeanne (Landis) Maurer. Janet is survived by her children Sarah K. Peck (Edward) of Cleveland Heights, Ohio, John M. Kappus of Lakewood, Ohio, and David M. Kappus (Elin) of Novelty, Ohio. She is the loving grandmother of Brendan, Julia, and Jane Peck; John Henry and Jillian Kappus; and Oliver and Sophia Kappus. She also is survived by her sister, Claudette Starrett of Poquoson, Virginia; and brothers Richard Maurer of Akron, Ohio, and Thomas Maurer (Suzi) of Naples, Florida.

Janet grew up in Berea, Ohio, and graduated from Berea High School in 1962. She worked for Travelers Insurance and NASA Glenn Research Center and married Alfred J. Kappus in 1971. They welcomed Sarah, John and David and lived in Bay Village, Ohio. Janet spent many busy years keeping up with her children’s activities and made numerous friends through church and volunteer activities.

A plaque hung in Janet’s kitchen that said, “Back door friends are best.” She always was welcoming friends, and those who would become friends, for a meal or a cup of coffee. She had a kind, listening ear. Janet was known for her quick wit and dry humor, and she is remembered for surprising those around her with funny comments or observations.

Faith was an important part of Janet’s life. She found tremendous support and comfort within the community of Bay Presbyterian Church. Janet was generous to those in need and in pain. She found solace in serving those less fortunate throughout Cleveland.

Janet’s family was the center of her life. She was proud of her children but near-bursting with pride over her grandchildren. She retired from Radcon in Bay Village around the time her grandchildren were born to spend more time with them. She relished her role as grandmother and found ways to spoil Brendan, Julia, Jane, John Henry, Jillian, Oliver, and Sophia with tasty treats and fun activities. Nana/Grammy gave the best back scratches and hugs.

A Mass of Christian Burial will take place at 10:30 a.m. Saturday, January 15, at Church of the Gesu, 2470 Miramar Blvd., University Heights, Ohio. To view the mass virtually, and for additional information, complete obituary, and guestbook, log on to www.Brown-Forward.com/obituary/Janet-Kappus

In lieu of flowers, those who wish are encouraged to make contributions in Janet’s name to The City Mission, 5310 Carnegie Ave, Cleveland, OH 44103.

To order memorial trees or send flowers to the family in memory of Janet Kappus, please visit our flower store.