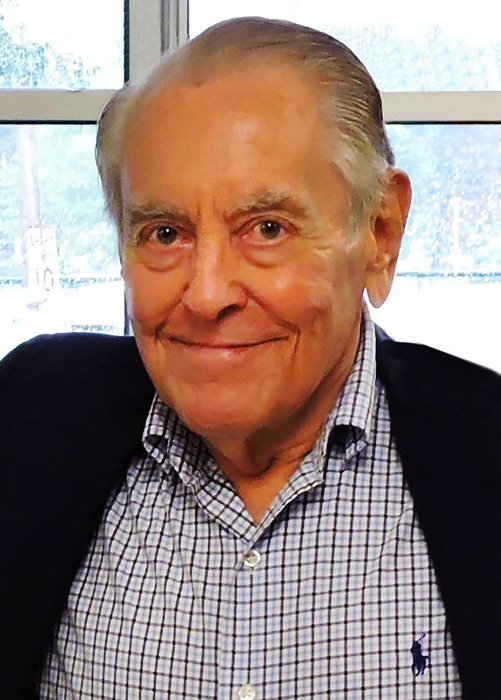 Edmond, age 90 of Mayfield Heights, OH passed away peacefully in his sleep on December 17, 2021.

Edmond was born August 28, 1931 in Jackson, Michigan. He graduated from Jackson High School, Class of 1948, Williams College, Class of 1952, where he was member of the Phi Delta Theta fraternity and received his LL.B. degree from Harvard Law School in 1955. He then served in the U.S. Navy from 1955 to 1958 and was a Lieutenant Junior Grade aboard the U.S.S. Frontier Destroyer and U.S.S. Hamner (DD718) Destroyer Tender while stationed in San Diego, CA and Long Beach, CA.

After college, law school and serving in the Navy, Edmond moved to Cleveland and began his legal career at Calfee, Fogg, McCord & Halter in the 1960s, quickly becoming one of the firm’s partners. He specialized in securities law and was revered by his clients.  He retired early from Calfee, Halter & Griswold in the mid-1980s.

He was the beloved father of Andy Sikorovsky (Jane) of Shaker Hts., Cindy Sikorovsky Moore of Chagrin Falls, OH and Jeff Sikorovsky (fiancé Sara Hughes) of Charleston, WV; dear grandfather of Mary, Alison, and Jimmy Sikorovsky; Dylan and Jacob Moore and Jessica Fink (Don); and Zoey Rose Sikorovsky; brother-in-law to Patricia Sikorovsky of Lake Forest, IL; cousin of Martha Bibb (Dean) of Hailey, ID and Evelyn B. Kroener (Bill) of Newport Beach, CA; and uncle to many loving nieces and nephews and their families.

He will be remembered as an intelligent, articulate and caring man who was a great conversationalist, wonderful dancer, competitive bridge, backgammon, and cribbage player, avid reader and life-long subscriber to The New York Times, New Yorker and, on occasion, the National Enquirer. He was a loyal and devoted friend to a select few, but friendly and respectful to all. He enjoyed a good party but preferred his solitude.

He possessed a diabolical personality, wry sense of humor and contagious laugh. He loved movies, especially comedies, Broadway musicals, the opera and symphony, often enjoying the Cleveland Orchestra and their outdoor concerts downtown on Public Square. He was a political junkie who volunteered often to work the polls at election time and assisted with the Census. During his time living at Shaker Courts he enjoyed renovating several condominiums there.

Edmond had a love for the finer things in life, an insatiable thirst for knowledge, an adventurous spirit and passion for new experiences through travel at home and abroad, though simply roaming any public library or hardware store could keep him busy for hours. He strived to never look his age, playing squash and constantly working out at the gym as a former member of the Cleveland Athletic Club, Downtown YMCA and Bally’s Gym in Beachwood. He was also a member of Kirtland Country Club.

He loved sailing with friends aboard Stormbird out of Lakeside Yacht Club on Lake Erie, being outside gardening and could be found walking his dogs around Shaker Lakes well into his later years. He was a longtime Friend of Bill W. and is remembered fondly by many in the Fellowship.

Edmond loved eating healthy and was a great cook at home, but also loved dining out on everything from a Geraci’s onion pizza to cheeseburgers and blueberry pancakes at Michael’s Rapid Stop Diner on Shaker Square, among many other fine restaurants and eateries throughout Cleveland, New York and around the world. His great escape was reading menus and wandering the stalls of fresh fruit, vegetables and old-world delights at the West Side Market.

His family is most grateful for the care and support of everyone he came in contact with over the past years living at Gates Mills Club and stays the last two months at The Cleveland Clinic, Avenue at Aurora and Serenity Hospice of Ohio. His care was second to none.

To order memorial trees or send flowers to the family in memory of Edmond Sikorovsky, please visit our flower store.